What is Cinephile Hero Worship?

This time around, instead of writing about a specific movie or filmmaker, we’re gonna talk about one common aspect of the cinephile community. (Cinephile = someone who likes movies a whole bunch.)

And I haven’t even quite decided yet whether it’s bad or harmful to the community as a whole. I’ve just observed it in myself and many other movie-loving people, and I wanted to talk about it, and how it relates to hero worship in other areas of life.

So what is cinephile hero worship? It’s just anytime someone idolizes specific actors, directors, writers, etc., to the point where they can no longer view their work objectively. In fact, we could even say that it also now exists in relation to a brand or a franchise, this affection clouding judgment of specific movies that belong to that brand/franchise.

This is also the basis of the archetype of the cinema snob: an arrogant guy who constantly tries to prove his superior knowledge and powers of interpretation.

He’s the guy who goes to Tarantino screenings and loudly disagrees with strangers about their thoughts on the final scene of Pulp Fiction.

Or at least that’s the extreme version of cinephile hero worship. A more mild example might be someone who watches movies alone, who’s a big fan of Woody Allen and can’t process or admit to how much he hates his latest movie.

It’s not inherently bad, but it happens often enough that it’s worth looking at in detail. Is this something we want to keep doing?

Why Does it Happen?

When someone starts to identify personally with a certain activity or interest, there’s the possibility that they will become more strong-spirited or even closed-minded when talking about that interest.

For example, we can return to the public perception of movie snobs, namely that they watch movies so that they can feel better than other people, more discerning than the hordes of ‘sheeple moviegoers.’

We all have our own interests, and most of us like to think that we know a lot about those interests.

There are plenty of deeper psychological reasons that could explain the phenomenon of using your passions to be an asshole to other people, but these reasons could be different for each snob.

For the sake of accuracy, I’ll just take a look at why I did it.

I don’t know if I’m a full-time movie snob, but there have definitely been times where I felt defensive about movies and how other people interacted with them.

It felt good when friends associated me with watching a lot of movies. And it felt good when people asked me for recommendations. It made me feel like a hyper low-rent expert of some kind.

And on top of all that, finding and watching movies felt highly personal, as did my emotional reactions to my newfound favorites.

If someone close to me started to display their own expertise in the area, it threatened my status and part of my identity.

And that reaction wasn’t really about movies. It had a lot to do with personal insecurities and a lack of a substantial personality outside of my hobbies.

But going out of your way to worship a specific filmmaker also has to do with the work itself, and how it’s made someone feel.

We like to believe that heroes are real, and that we’ve found ours. It’s liberating to convince yourself that there’s someone out there who is just supremely talented and can seemingly do no wrong. 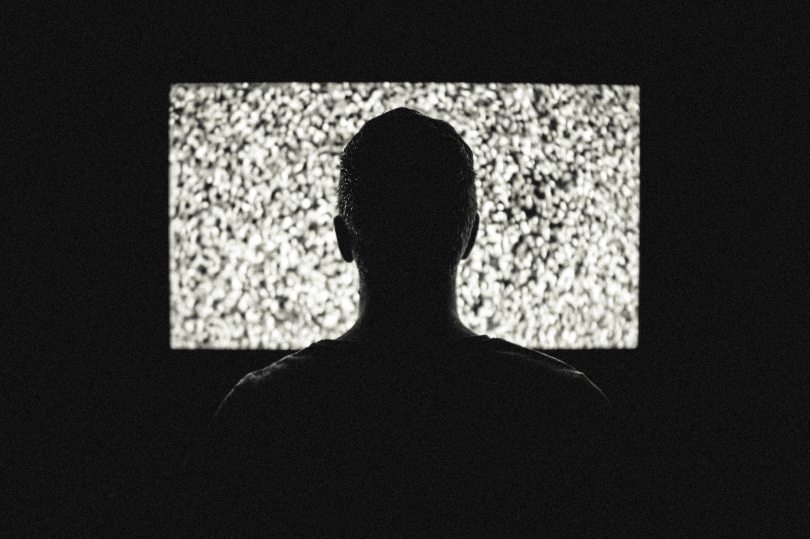 To movie lovers, these figures appear as courageous artists who refused to compromise their vision.

And once you’ve bought in, it’s hard to leave that behind. It’s sort of like a religion. It’s something to believe in that makes you feel better about the world and life in general.

And while there are many, many impressive and admirable filmmakers working today, none of them are perfect, and all of them are capable of making bad movies.

And when they do, it can almost feel like a death in the family. It’s a heartbreak. Someone you admire has let you down.

Some people react to this by entering denial. And people who react that way are not inherently bad or unintelligent or overly emotional. It’s just one way that we can process negative feelings.

Hero Worship in Other Areas of Culture

In many cities, your love for the local sports team is assumed. And if you find yourself in that environment and you watch a lot of sports, you probably have your favorites, the players you can count on.

If someone says they’re not that good, you’ll probably defend your favorite player.

Or, in turn, hero worship could involve the team as a whole. There’s a possibility of a weird collective altered reality where your favorite team is the best team and they’ve always been the best team. Their losses are mistakes. They were cheated out of their rightful success.

Even if you don’t really believe it, this mindset will influence how you feel when watching a game.

Before you know it, you’re arguing with people to defend the honor of someone you’ve never met.

And when their humanity shows in a way that’s unattractive according to current cultural norms, it makes us feel bad, and we usually just don’t want to believe it.

Nowadays, this is a pretty obvious example of hero worship and how it can cause problems in the real world.

Political beliefs are extremely personal, and many people consider these beliefs to be a major part of their identity.

People will jump to defend their political heroes. Worst of all, once you’ve placed someone on this kind of pedestal, you’re less likely to question them in any way.

And that’s potentially dangerous. Democracy requires vigilance, as boring as that is. So in this case, we can pretty much say for sure that hero worship is a bad thing and that it should be avoided.

And if you encounter someone who engages in political hero worship, don’t expect them to make a lot of sense.

As I mentioned earlier, brand hero worship exists as well, and not just when it comes to movie franchises.

People dedicate their lives to specific fashion brands, car manufacturers, and genres of music. And we refuse to believe that our favorite brand could make something bad, or that it was an inferior brand destined to fail.

It’s a weird little consumerist fetish that doesn’t seem to be dying out. In fact, now, we even engage in brand hero worship because of the political statements the brand makes.

I’m not gonna pass judgment on brand hero worship in general, but I will say that it’s just a bit … extreme, and maybe a little sad.

Alright, so back to hero worship in movies. Is it bad? Should we stop doing it in one grand expression of solidarity?

Usually, I would say that it’s up to you to decide. And I guess it still is, but I do think that cinephile hero worship is negative.

Yes, you can love a movie for any reason you like, there’s no hierarchy of reasons, each more valid than the last. You can trick yourself into loving a movie.

But I think watching movies is more rewarding when we react to them naturally, not letting ourselves be influenced by external factors that have nothing to do with the movie itself.

And I think hero worship creates people who try to keep their hobbies to themselves.

We can still talk about how great great directors are, but we should never let our love for their work keep us from looking at real problems that work might have.

And when it comes to franchises and cinematic universes, I think that hero worship (Is there room for a superhero pun? Nah …) of the overall brand just lets the studios take your money as lazily as possible.

They won’t feel pushed to make good movies if the fanbase never wavers.

Regardless of what the situation is, you aren’t required to hate the people who don’t agree with you.