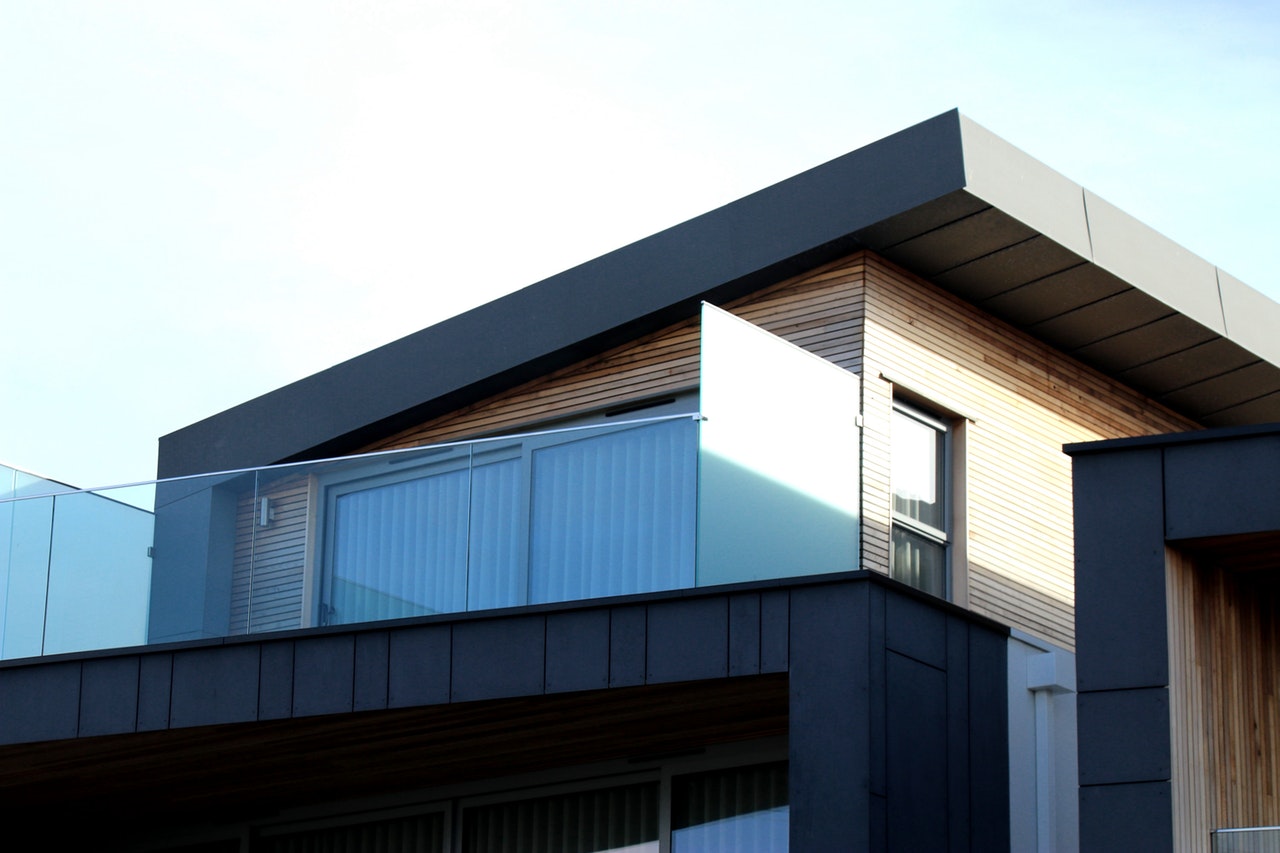 A long and proud tradition

Even if you’re the most hardcore Capitalist around, I hope you’ll agree that massive corporations preventing competition in favor of holding their markets hostage is just plain bad, and it’s led to a new class of hyper-wealth that is inherently immoral.

Now that we’ve gotten that out of the way, let’s get back to movies. Classic films like Mr. Smith Goes to Washington, Roma, They Live, and many, many more have attempted to tackle the subject of class inequality and the problems it creates in just about every culture and every country around the world.

Thankfully, these movies focus on being entertaining first, and the messaging tends to be at least a little bit subtle, well, maybe not so much in They Live, but for the most part this holds true. 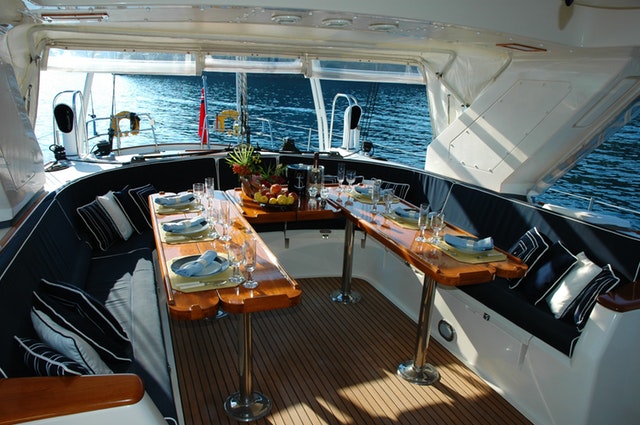 Part of the strangeness behind Parasite’s success, both the success of the filmmaking as well as the many awards its gathered over the past several months, is that Bong Joon-Ho is not a stranger to making movies that grapple with class disparity, and even more interesting, his past work has not been subtle in the least when it comes to this topic.

Snowpiercer is maybe the most blunt of his entire filmography.

If you don’t already know the premise, it’s set in a sci-fi post-apocalypse where surviving humans travel on a train that never stops, making use of a mysterious fuel source. The rich people live in the front portions of the train, and the poor and crammed in the absolute rear, forced to fight amongst themselves and even kill/eat each other just to survive.

Don’t get me wrong, it’s still a great movie, and the messaging still works, but subtlety is just not part of the equation in that one.

But Parasite is different in so many ways.

And no, it’s not terribly subtle, either. Changes in premise, approach, tone, and character vault Parasite to a different level.

Yes, we root for the main characters the whole way through, but also can’t, in good conscience, label them as “the good guys.”

Everything in the movie is more complex than it first seems, ya know, kind of like real life.

The week before the Academy Awards, Parasite had a small re-release in black and white, or, more accurately, a very specific grayscale version of the movie.

(The only other contemporary example of this strange choice is Mad Max: Fury Road, which itself had a limited run of the Black & Chrome edition. Apparently George Miller always wanted the movie to be shot and shown in black and white, but the studio wasn’t too hot on the idea, and honestly, after seeing the Black & Chrome edition, I’m not either.)

Why did Bong and Co. make this choice? Well, according to him it was to highlight the shades of gray in the movie. Get it?

It may sound a bit cringey, but the thing is, he’s allowed to be indulgent with this one.

The movie, for one, is just that good, but it also just nails the moral ambiguity of its shocking plot. It’s allowed to have a black and white release; this isn’t a student film shot in 16mm, it’s a killer examination of how an inhuman system impacts the people who have to live within it.

As we already talked about, this premise is not exactly novel, but rarely is it handled with such skill.

Plenty has already been written about our family of protagonists. They’re all incredibly likable and, more importantly, each of them is actually skilled and talented, a point which has been noted in a number of interviews with the cast.

In a way, that genuine skill gives the characters a kind of morality halo in the mind of the viewer, glazing over some of the objectively terrible things they do.

When the focus shifts to the rich family, skill isn’t really addressed. Their child creates terrible paintings reminiscent of Basquiat, and we never learn what their daughter, or the mother, are supposed to be good at, if anything. Maybe the father has a very demanding job, maybe not.

But here’s the most interesting aspect of the rich family, and I praise Bong for including this in what might otherwise have been yet another painfully on-the-nose class commentary: they’re kind, or at the very least ambivalent.

The rich folks don’t realize that their wealth, status, and power is problematic.

In 1963, political theorist Hannah Arendt reported on the trial of Adolf Eichmann, a man responsible, in large part, for the Holocaust.

I know, but we’ll get back to movies very soon. Hang in there, champ.

Arendt’s pieces were originally published in the New Yorker, and a year later, a book was published with some extra content, titled Eichmann in Jerusalem: A Report on the Banality of Evil.

It’s incredibly well-written and you should read it, but for now, I’ll try to communicate the central concept that subsequent philosophers pulled from it.

The core takeaway is that many (if not all) people who do bad things do so without fully understanding the full extent of their actions or even that those actions are indeed evil.

But it checks out: lots of people who do bad stuff don’t think they’re doing bad stuff. In one way it’s thanks to varying moral sensibilities, sure, but it’s also just how humans work. If you need an example, I dunno, look at contemporary American politics and guess who I’m referring to.

For those of you who are relatively new to anti-Capitalist discourse, well, for one I have a few books you might be interested in, but I should also tell you that a recurring theme is that the biggest villain of all is capital itself, a product of the system.

But if you’re making a movie about the evils of an entire economic system, then you most likely need a visual stand-in. Spielberg’s solution to this problem has always been to insert a very obvious corporate villain character. Yes, each character is a villain in their own right, but they also represent a larger, more abstract idea. Ya know, symbolism. 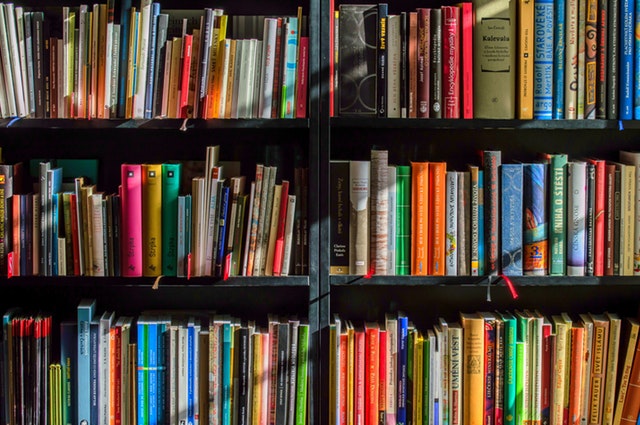 But here’s where Parasite catapults itself into Very Good Movie Land: there is no such character. Even the rich family’s house doesn’t really serve this purpose. The evil is still there. In fact, it has a huge presence in the movie.

In Parasite, an unjust system is represented by the movie’s overall tone. In other words, the way the movie feels mimics the way it feels to be poor and desperate in real life.

Yes, there are brief moments of hope, there are fantasies and playful times with family, but the one consistent sensation is an acute sense of impending doom. There’s no real safety, even when things seem pretty alright. You’re never that far away from being homeless, or horribly ill, or just becoming a permanent underfoot character.

Even if you, as a viewer, are very well set up and have two small boats and a mid-tier luxury car or even a tesla (good for you, man, the environment says thanks), the middle section of the movie (no big spoilers here) will fill you with dread. The movie is going to put you into the shoes of people who live on the margins of society, at least with regards to finances.

Very good movies do this. Whether you like it or not, you will be fully immersed and experience the events of the film alongside the characters.

This isn’t the only way to make a great movie, but it sure helps, especially if you’re hoping to win some very prestigious awards.

The legacy of Parasite

I’m no expert, but it’s time to predict the future!

We’re still in the honeymoon period with Parasite. Somewhat recently it swept the Oscars and people who didn’t see the movie praised the sweep as a sign of increased diversity at the Oscars, which is confusing to me.

But even those of us who watched the movie last fall still feel pretty good about it and feel validated by its wins at the Oscars and at Cannes, even though we definitely don’t reeeaaallly care about those institutions anyway, right?

So how will Parasite age over time? Will it suffer the fate of The Artist, a pretty bad French film that won Best Picture and was then forgotten by every person on the planet, except for me, because I was destined to remind you about it right now?

Parasite has staying power, and a lot of that is thanks to the subject matter, the aforementioned class war content, but it also has to do with the incredible dedication to craft going on here.

Whether or not you’re a film geek, the individual elements of a film are extremely important, and when they’re all in place and executed well, the gestalt is tangibly satisfying.

It often gets classified as a drama, but really it’s so many things. It’s funny and sad and brutal and thoughtful, and frequently it’s several of these things at the same time.

The movie’s versatility makes it easier to watch. It never feels like homework, and for anyone looking to get into arthouse film in general, that’s a huge bonus.

Believe the hype: Parasite is a darn good film that’s worth watching. The only hope here is that it isn’t Bong’s peak.