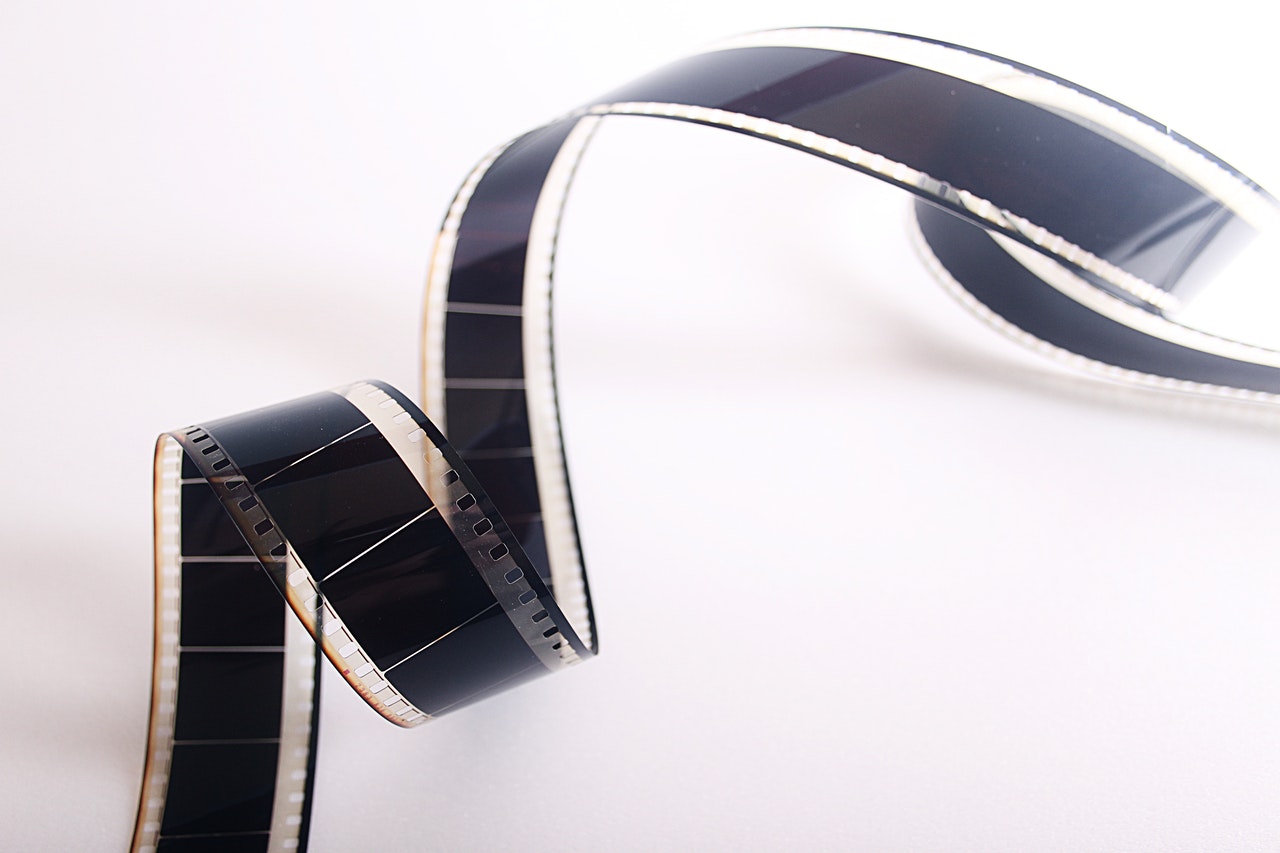 If you’re new to the Criterion Channel, then you’re in for a treat. This privately-owned home video publisher has been around since the 80s, and for all that time they’ve been a sort of informal focal point for people who just love movies, in particular arthouse movies and world cinema.

Criterion currently has its own streaming service, but the main focus of the brand is putting together pretty fantastic physical releases of movies that they have deemed some of, “the greatest films from around the world.”

The Criterion Collection has been growing in popularity as arthouse films find a larger audience thanks to the online international film community.

We get asked (somewhat) often to list off essential Criterion movies that will help get folks started on arthouse cinema and classic cinema in general.

What you’ll find below isn’t a comprehensive list, mainly because it’s hard to find a Criterion movie without any redeeming qualities, but it does feature some of our absolute favorites.

The movies are impressive on their own, of course, but if you get the chance to see the Criterion editions with all of their wonderful supplemental materials, go for it. You won’t be disappointed.

Disclosure: we were NOT paid to endorse the Criterion Collection, although we would probably do so happily if given the chance, especially in exchange for that Tati box set.

On the surface level, it’s a b-movie/comedy from Paul Bartel, an alumnus of the Roger Corman filmmaking tradition. It can be enjoyed for the story alone, and the comedy has managed to hold up. But it’s also easy to tell that there’s a lot more happening here.

In interviews, Paul Bartel and co-star Mary Woronov (who was also one of the Warhol Girls years prior) stated quite clearly that they saw Eating Raoul as a critique of Capitalism. It also works as a satire of overly prudish American television and cultural talking heads who basically pretended the Sexual Revolution never happened.

There are definitely elements of the movie that clash with modern sensibilities, but that only highlights the creators’ original intentions.

It’s kind of stunning that a subversive movie from decades ago is still subversive, albeit in different ways.

The title of this movie is the name of our protagonist and her address. This movie is about a lady who spends most of her time inside her home, where she lives with her son.

She does chores, cooks meals, and sits alone in near-silence.

It’s a long movie, so keep that in mind before hitting play, but it’s also not a movie that needs to be watched in a single sitting.

Chantal Akerman wrote and directed the movie when she was still very young, and she was insistent that the crew be female, which, at the time, was hard to pull off, given the lack of female talent in the entertainment industry.

But the result of all this effort and hours of runtime is something truly special, and Jeanne Dielman has found a new audience in young cinephiles all over the world.

We could talk some more about the plot, but it’s not really about the plot. We can almost guarantee that you’ve never seen anything quite like this movie.

If you’ve checked out the site before, you’ve probably heard us talk about 8 1/2, or Fellini in general, that big beautiful Italian maestro.

8 1/2 has fallen into a slightly uncomfortable category: it’s very much a movie that film students latch onto the first time they see it, and it’s no wonder why. The visuals are so different and they still look cutting-edge, even today.

And for anyone over the age of 23, it can be tough to get past the film-school stigma.

But let’s be clear: 8 1/2 has earned all the praise it’s ever gotten, and if it’s one of your first foreign films ever, it can easily become a gateway movie to the much broader world of arthouse movies.

William Friedkin has even singled out 8 1/2 as a movie that had a tremendous impact on him as a young person, and in certain ways, it even led to his long and mostly-prestigious directorial career.

Many filmmakers enjoy the depiction of what it’s like to direct a movie, but you don’t need to be a movie-maker to get something from it.

It’s another long one, but there are so many treats throughout the movie, and it’s bound to be one of the most visually-compelling movies you’ve ever seen, even if you’re a veteran of the arthouse ecosystem.

In our experience, the most common reaction to seeing Tampopo for the first time is, “I really wish I’d found this sooner.”

It’s a comedy. It has also been called a ramen-Western.

Is that enough to sell you on it? No? Not quite?

If you find yourself getting bored with the main story (which is unlikely), you can always just wait for the next vignette. The movie is stuffed with them, including one scene where our narrator engages in … let’s call it a very sensual scene all surrounding the concept of food.

It almost didn’t get released. It was a whole thing, and if you’re interested, the story has been talked about in countless videos, and even in the Siskel and Ebert review.

The movie is strange, but it’s possibly the only time Gilliam’s wild ideas have been executed so well. Visually, it’s way too much, but we also get some of the funniest and wackiest visual gags of 20th-century filmmaking.

This is another one that you can watch in small installments, but chances are you’ll want to come back later and watch the whole thing in one go to get the full effect.

Tati is a genius and here’s why. No, sorry, we don’t have time for that right now. But we can say that Mon Oncle (My Uncle) is one of Tati’s three most beloved movies. The other two are Trafic (Traffic) and Playtime.

We’ve talked about Playtime before, so we won’t dwell, but all three of these movies feature very simple stories that are made more lively through outlandish set design and prop design.

Tati had some feelings about modernization in general, and Mon Oncle is very clear about the downsides of embracing a “modern life.”

No, there’s no big I, Robot lessons here, just an endlessly charming yet quite comedy that works for all ages.

House is a strange one, which probably shouldn’t be too surprising if you’ve made it this far down the list. I’ve heard a lot of people lump House in with other off-the-wall grindhouse movies from the 70s that have found a second life here in the internet age.

But the thing is, it’s not one of those. For anyone who has watched a lot of grindhouse flicks, House separates itself from the pack very quickly.

Yes, the special effects look silly today, but they’re nowhere near as boring or as lazy as the VFX you’ll find in American b-movies from that time period.

And no, the story structure is a mess, but we can blame this on the fact that the movie was made by a fella who worked in advertising.

It’s not a low-budget movie trying to imitate the popular movies of the day; it’s a horror movie, kind of, with a fairly original style that doesn’t have much of a basis in film history.

This is an outsider setting himself down in the director’s chair and, perhaps unknowingly, making something unique.

If you go around talking about silent movies here in the early 2020s, it’s usually tough to get people to actually watch them, unless it’s under a highly gimmicky context, as was the case with The Artist, that Oscar darling that no one cares about anymore.

Everyone knows about Charlie Chaplin, but relatively few people still watch his movies. Even fewer people spend enough time with other silent films of the era to understand why Chapin’s work was revolutionary.

Plenty of film snobs have a hard time sitting down with his work, maybe because, while the movies are ahead of their time and highly inventive, the messaging isn’t buried underneath dense storytelling or overly confusing or muddled cinematography.

If you’re having trouble locking onto the point of a Chaplin movie, you’re probably thinking about it too hard.

In the way that Shakespeare wrote work for the masses, Chaplin’s first priority was to be entertaining. A big part of why he’s still held in such high regard is the accessibility of his films.

He is communicating messages, but he’s doing it in a way that’s easy to understand.

Modern Times is about modern times, trying to make sense of changes in manufacturing and work life. It’s about trying to have an identity while also being a small cog in a very large machine.

The message here is worth looking into, and Modern Times is still funny. It’s still impressive, even if the technology behind it was comparatively simple.

It’s not a horror movie. We can’t call it that because people will post angry comments, and then we’ll have to approve each angry comment individually because sure, people have the right to complain on the internet.

But Safe is the kind of movie where it always feels like somewhere horrible is about to happen, a trait it shares with some of the best horror movies ever made.

This is getting into some post-modern nonsense, but it feels like the true ending of the movie probably happens after the credits start to roll. We don’t get to see what happens next and that’s ok.

If there’s a Julianne Moore performance to watch, this is it.

Sweetgrass comes from Harvard’s Sensory Ethnography Lab, which is very interesting to read about if you have the time.

But for now, let’s just say that the filmmakers’ number one goal is to immerse the viewer as much as possible in the world of the film.

Sweetgrass is especially fascinating given the past ten years of nature docs, where the visuals have gotten so glossy and, well, homogenous.

Over here, Sweetgrass follows a different visual style. It looks a lot closer to real life, even if you’ve never lived on a remote sheep farm.

The term hypnotic is overused in the movie review community, but it absolutely applies here. Once you’re in the movie, you’re in.

Be a part of this movie. Make eye contact with the sheep. Join the last cowboys on their trek.

In summary, it feels like the kind of movie they’ll show in learning institutions centuries after all the trees are gone.

Tokyo Drifter is a Japanese gangster movie, and yes, we’ve already made the Fast and Furious joke in our heads, so don’t even bother with that one.

But unlike the Fast and Furious franchise, this movie is fun and, above all else, visually inventive.

A story that often gets mentioned in the same breath as the title is that the director, Seijun Suzuki, butted heads with his producers regarding his wild visual style, and he was eventually fired for not following their instructions to make his movies closer to the standards of the day.

It’s different and that’s the whole point. Thanks to Criterion, Western audiences can now watch this one whenever they want. Then watch it again a few days later, then show it to a friend while promising to order from the good pizza place where every pie is $5 more expensive. Then again years later, after forgetting about it entirely.

So those are just a few of the most essential Criterion movies to add to your list. We’d love to hear about some of your favorites. The only rule is that they have to currently be part of the Criterion Collection.

That’s all for now. Feel free to check out some of our other ramblings on movies and movie snobbery.

One thought on “The Most Essential Criterion Movies – An Ongoing List”