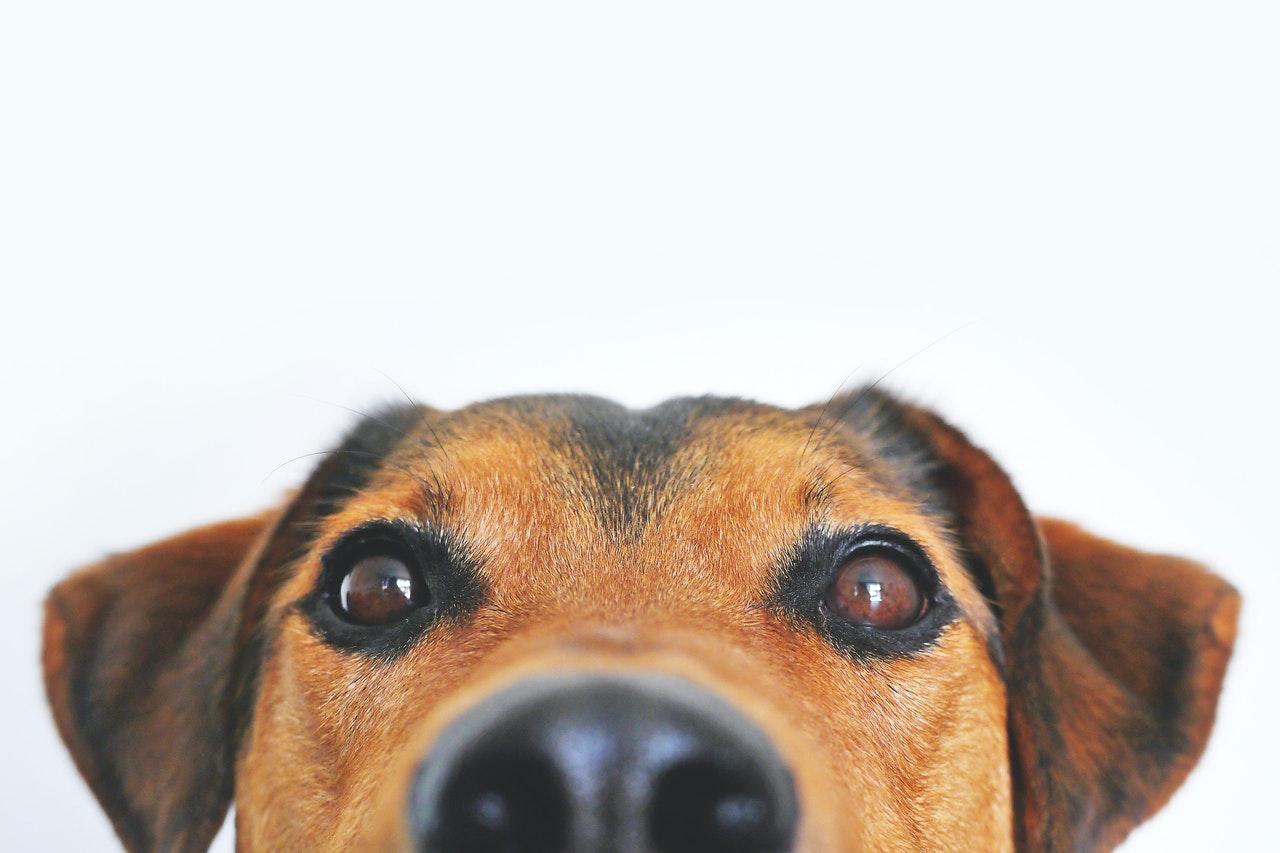 Well, I guess we’re doin’ this.

Let’s Talk About the Technical Aspects

I wasn’t planning on watching this movie at all, but the quarantine times have done some strange things to all of us. So when the opportunity arose to watch Scoob! with a friend, I took it.

I knew what to expect, and for the most part, I got exactly what I expected.

This is yet another trashy CG animated kids’ movie that attempts to capitalize on a media property that was popular decades ago. Think Trolls, think Smurfs.

These movies make me sad, and that shouldn’t be too surprising. They’re poorly written, the animation is subpar, and the characters just barely resemble their original forms.

But the saddest part of all is the underlying sense of desperation that seeps out of every scene, like sewage gases coming up through a poorly maintained lawn.

Scoob! is trying soooo hard to make you like it. It wants kids to like it, and it especially wants grownups to like it. There are so many jokes (correction: pop culture references) aimed at adults, in particular millennials, which seemed very strange to me.

Sure, I’m a millennial and I watched a decent amount of Scooby-Doo when I was a kid, but shouldn’t the movie be trying to win nostalgia points with the boomers who were children when the show was first airing?

Well, no, it shouldn’t. ‘Cuz you see, Scoob! is a family movie and most of the parents who currently have young children are in their 20s and 30s, which, by now, all qualify as millennials.

So rather than feeling like a blast from the radical, hippie-ridden past, Scoob! feels like a modernization of an IP from the 1990s. If Rugrats got a CG reboot in 2020 and it was done poorly, I think it would be quite similar to what we got with this movie.

Simon Cowell, that’s right, that forgotten celebrity from the very early days of American Idol, is the plot catalyst of this movie. He’s not playing a character, he’s just doing his usual mean-guy shtick. (They didn’t even give him creative zingers. It would have been a little fun if he had some really wacky and convoluted put-downs, but nah.)

In many other ways, Scoob! reminds me of the very bad Dreamworks movies from the early 2000s. Lots of bad pop culture jokes and wink-wink nods to the grownups, and, most glaringly, background characters are ugly and badly animated.

The story and the performances are predictably weak, especially when it comes to the core group. For some reason I was very disappointed by how little Fred, Velma, and Daphne were involved. Even during the climax, the smart three are around, but it’s Shaggy and Scooby’s chance to prove that they’re not dumb and lazy, so the others do essentially nothing.

The movie also brings back several other Hanna-Barbera characters, but there’s a very specific reason behind that and I’ll be discussing it later on.

I just wanted to get a very standard movie review out of the way first. This is a bad movie that will quickly be forgotten by the general public. Three years from now, when it has been thoroughly forgotten, several enterprising YouTubers will make video essays about just what a DISASTER it is, or how it’s actually a hidden gem worth revisiting.

It’s not a movie that deserves even that much attention. It’s not worth getting angry over and there is no aspect here that offers anything of value to the audience. It’s transparently cynical, and you never get the sense that anyone involved in the production was putting in anything more than the absolute minimum effort. I know that’s a very mean thing to say, and I did notice that the director, Tony Cervone, has worked in animation for quite a long time, including some work on modern-day Tom and Jerry, Looney Toons, and Scooby-Doo cartoons. On paper, I’m sure that looked like a great decision. And I’m sure Tony was doing his best here. But the result is completely empty.

So now that we’ve established the movie is bad, let’s move on to some slightly more interesting analysis of how Scoob! reflects wider Hollywood trends.

If you’ve read or watched any of my other work, or the work of just about any other online armchair critic, then you’re already familiar with just how ubiquitous remakes and reboots have become.

Long story short, remakes have always been around, but they really ramped up in the 1990s. Maybe it had something to do with the rise of home video entertainment. Maybe studios just realized remakes of familiar properties were fairly safe financial bets.

Sequels are famously profitable, and remakes are all kinds of sequels, when you think about it.

We’re still very much in the age of the remake, which should be obvious to just about everyone, thanks to Disney’s recent efforts in this area.

So none of us should be surprised that Scooby-Doo got its own remake/reboot this year, despite the Scooby-Doo reboot of the very early 2000s.

But the interesting bit here is how Scoob! tried to hop onto a different Hollywood trend that’s much more recent: the cinematic universe.

Let’s all agree that Disney-Marvel were the first to pull this off with their Avengers movies. You create one big film franchise out of several smaller franchises, and apparently when it’s done right, there are no limits to how much money you can make from it.

As long as those first few movies are successful, people will keep coming back to see how things develop. Every crossover moment is fan-freakout fodder. 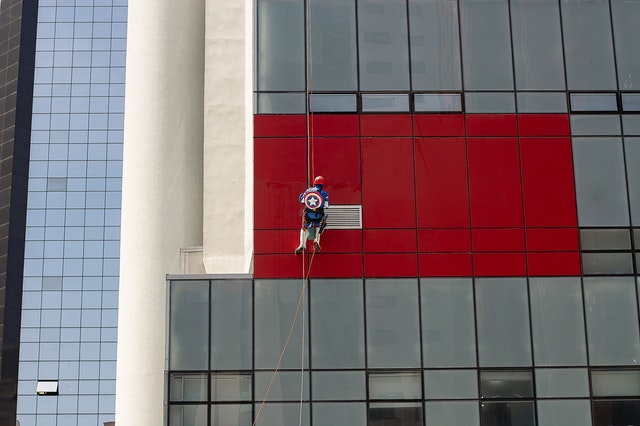 The most shocking part of Scoob!, for me, was that the movie was very clearly trying to set up a Hanna-Barbera cinematic universe. If you think that phrase is incredibly depressing, you’re correct.

Why? They have nothing to do with Scooby-Doo and the gang. But Warner Bros. wants to see whether any of these other characters would be popular enough to warrant their own reboot movies.

That’s it. That’s the real point of this movie. Scooby-Doo is probably the most well-known show of the bunch, so those get to be the title characters.

This also explains why the movie doesn’t feature a story relevant to the Scooby-Doo show. It’s a shockingly generic kids’ movie action plot. A bad guy has a big bad plan about something and they have to stop it before it’s too late.

It’s not about Scooby and the gang solving a mystery. Nothing about it is the least bit spooky. They don’t solve mysteries. I can’t stress enough how much this bothers me. It would not have been difficult to think up a plot that would have fit well enough into a contemporary version of the show. But they didn’t do that. Not even a little.

I don’t expect that this movie is doing well, so I don’t expect to see any of these other Hanna-Barbera movies to come to light, but I kind of want them to anyway. I want to see more failures.

Or, I would love to be surprised and see one of these movies take off. But that only happens when there’s some real talent and effort behind the scenes.

We already know what a good children’s IP reboot looks like: The Lego Movie, Cloudy with a Chance of Meatballs, or even Detective Pikachu.

It’s possible for these movies to start franchises while also being good movies in their own right. It’s possible that the Captain Caveman movie will be a triumph. But I’m not holding out hope.

Scoob! is not a vote of confidence in WB’s ability to create quality content for younger audiences, and it’s not good proof that WB even wants to put money into these movies.

Good things can happen in Reboot Territory, but at least one person in the chain of command needs to care a tiny bit about what they’re making. With Scoob!, it really didn’t seem like that was the case.