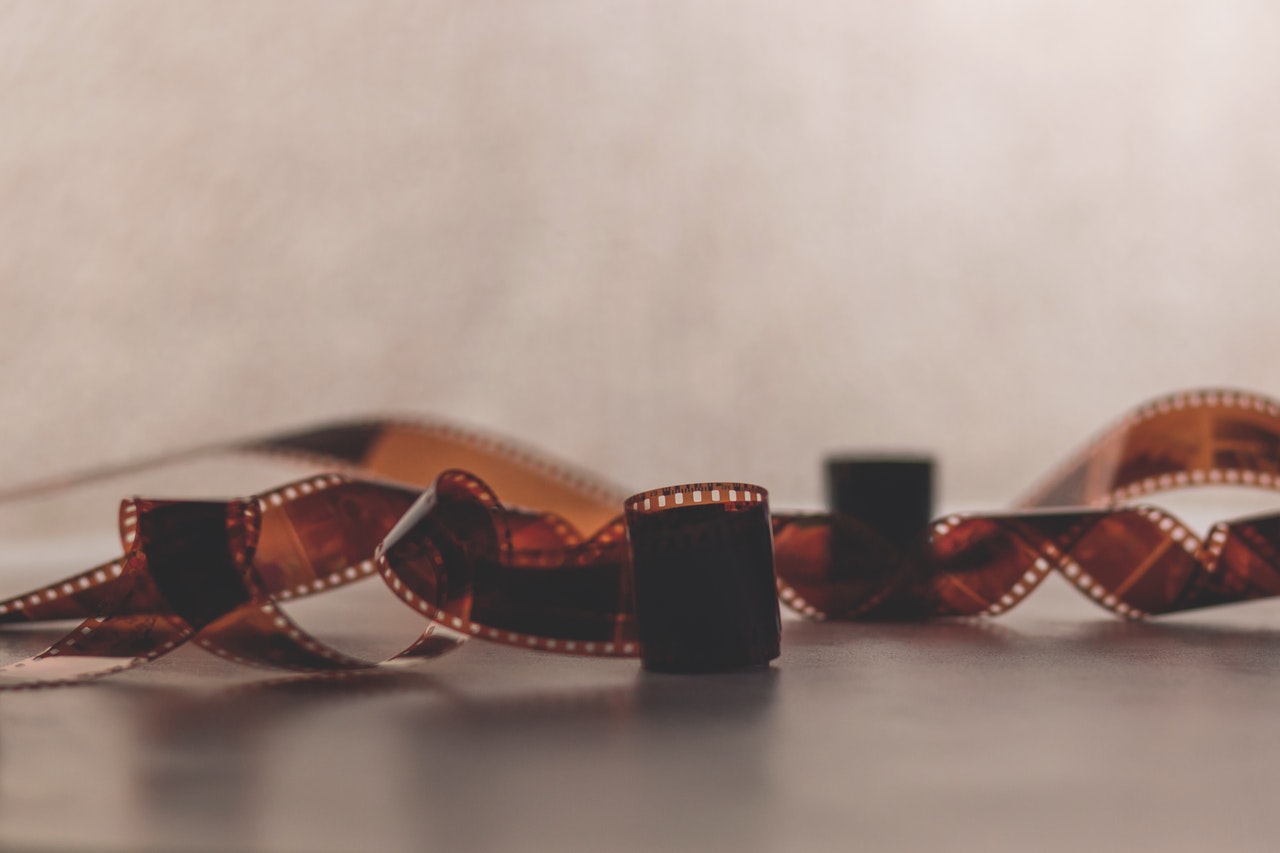 You’ve seen the title, let’s get right to it.

For the most part, I’ve tried to pick movies that don’t usually end up on big lists of the best movies of all time.

It would be pretty easy to just say, yeah, film student should watch stuff like Citizen Kane, Apocalypse Now, and Vertigo, but that’s not super interesting, and film students will probably end up watching those in class anyway.

So here are ten movies that I think are important for modern-day film students looking to bring some originality to their work.

Then I’ll try to pitch each movie and explain why I think it’s important.

The clickbait train is firing on all cylinders so let’s hop aboard!

A Pigeon Sat on a Branch Reflecting on Existence

Right from the title, you can tell that this is a uniquely artsy arthouse art movie.

In fact, the title tells us a lot about the movie.

For one thing, it’s very observational. Each scene is its own vignette, and each scene consists of a single wide lock-off shot.

And while the movie does wander into existential territory, as the title implies, it’s also a comedy, which played a big part in my choosing it for this list. I think the arthouse scene has a ton of room for comedy or at least comedic elements in otherwise serious stories.

The movie also just looks lovely. Everything is a bit heightened and very carefully lit. Kind of like a Norman Rockwell painting come to life, or, more accurately, a Gregory Crewdson photograph.

From the perspective of storytelling, A Pigeon Sat on a Branch is more creative than most, often dropping the viewer into a scene midway through a dramatic event, or sometimes after.

It’s also an ensemble piece. You’d have a hard time picking out a lead character. Most scenes are about what a whole bunch of people are doing, which immediately sets it apart from 98% of movies.

And somehow, somehow, with all this weirdo, artsy goodness, it never feels boring. It’s strange but still holds my attention, and that’s a rare accomplishment.

Now let’s talk about a couple of docs.

The first one is Sweetgrass, a movie about sheep farmers and nothing else.

Sweetgrass was my first exposure to the Harvard Sensory Ethnography Lab, and even though I don’t necessarily understand the intricacy of the techniques happening behind the scenes, I do know that this movie is deeply hypnotic.

To prove my point, let’s watch a scene from the movie where one of the farmers feeds the sheep.

Most of the movie feels like it. Nothing we see is particularly interesting or exotic, but you can feel the sure-handedness, both from the filmmakers and the subjects.

Everything we see has been done a million times before. Technically, the content is special. These are supposedly the last of the cowboys, leading their sheep to pasture, which no one else really does anymore.

But it never feels special. It’s plain and unadorned, and that’s what makes the movie special in a weird, backwards way: it’s extreme unspecialness.

Cameraperson is technically a documentary, although it would be much better to call it a collage of documentary footage, gathered over a long career as a doc cinematographer. And that’s exactly what it is.

We see disconnected footage from very different locations and periods of time.

Much of this footage was shot for feature films, but some is clearly just personal footage.

Cameraperson doesn’t explain how to be a cinematographer or how to make a documentary, but it does communicate the value of documenting daily life and telling human stories.

It encapsulates that idea from Denis Villeneuve, that life tends to organize itself in front of the camera.

Planning is great, especially for fictional films, but there’s value in spontaneity, too. Slow-moving is ok sometimes. The stories you tell don’t have to be ultra-dramatic, with people yelling their way to an Oscar nomination.

Well, I had to include at least one animated movie, so it’s Ernest et Celestine, one of the most delightful animated flicks I’ve seen in a long-long time.

The movie itself is visually stunning, using actual watercolors as backgrounds and pulling off fluid, stylish character movement, and the story offers some nice allegorical meat for the grownups in the room.

But my real reason for recommending this movie to film students is that the behind the scenes story is a great example of making something great even when it’s just a gig. 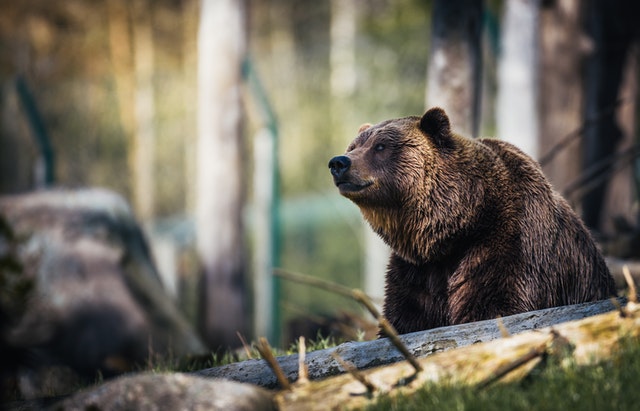 Benjamin Renner, one of the directors, has talked about how he didn’t have a strong connection to the Ernest and Celestine books, but when a producer asked him to explore the idea of an adaptation, he found a style that fit the tone of the books.

That’s the lesson here: very few filmmakers have the luxury to create whatever they want. A lot of the time, they just have to work gigs, whether or not they’re invested in the concept.

Even if a studio has a slightly cynical idea for a new project, it can still be good. [Lego Movie still] =

Todd Haynes is a great director. That shouldn’t be news to anybody, especially prospective film students. But Safe tends to get overlooked.

It’s about a kind of dumb but well-meaning lady who keeps getting sick and she doesn’t know why. This sends her on a very strange journey to a brand new understanding of health and its relationship with modern life.

No big, dramatic story points here. It’s an incredibly quiet movie on the surface, but the tone manages to be the most compelling aspect.

It’s not a horror movie but it is scary. You never really know who to trust and you never feel confident that Julianne Moore’s character is going to be ok in the end.

Safe jumps between genres with incredible ease and finally lands in the squishy wall of your stomach, prepared to make you uneasy for many months to come.

Agnes Varda has left us and everything is worse now.

I found Varda’s work relatively late in my movie-binging years, and I still kind of hate Zazie dans le Metro, but every one of her movies has this overwhelming sense of compassion. Depending on the characters involved, that compassion can be controversial.

Kung Fu Master is about a woman who falls in love with one of her daughter’s friends. Yep, that’s some tricky subject matter right there.

The taboo romantic relationship has been prime arthouse fodder since the days of Douglas Sirk, and arguably even earlier, but this relationship is definitely more taboo, and therefore harder to forgive.

But it says something about Varda’s talent that the movie doesn’t turn into a yuckfest. [text on screen]

A woman who’s in trouble on a personal level gets into worse trouble. It’s not the most lighthearted Varda outing, but it still has plenty to say.

It’s a movie about beekeepers in Tuscany. There you have it.

The children here are the real leads, and they do an excellent job of showing us what it’s like to be pushed around by family, by fate, or by life in general.

Though understated, it manages to be stylish, too. It’s contemporary Italian cinema that bridges the strange cultural gap that persists between Italy and English-speaking countries. 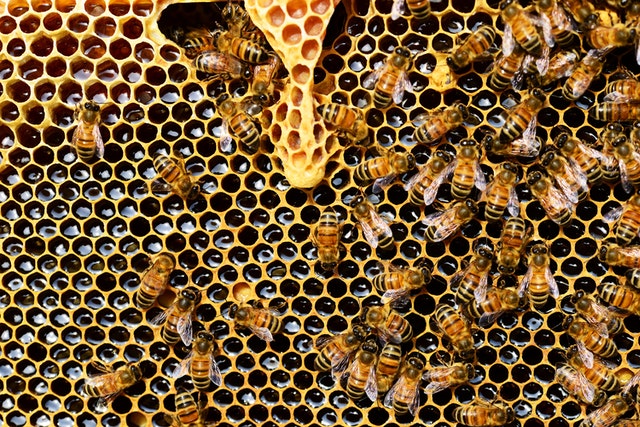 Every time I talk about Tampopo, I mention that it’s often called a ramen Western. It’s kind of a jokey classification while also being completely accurate.

I love that this movie gets to be as goofy as it is. It’s a food-comedy filled with likable characters and relatively low stakes.

Some of the disconnected scenes are basically just sketch comedy all revolving around the idea of food as it relates to etiquette, social status, love, and accomplishment.

Tampopo is another great example of how well humor can work in an arthouse context.

It’s a fun movie crafted with care, and that combination, if not extinct, is certainly endangered.

The Death of Mr. Lazarescu

This is a dark comedy about healthcare bureaucracy. I think that’s enough of a pitch right there.

Our lead character is almost always onscreen, but he’s very rarely speaking or commanding any serious attention. Instead, the medical tech carting him around kind of becomes the real lead of the movie, struggling to get this guy taken care of.

It’s a movie loaded up with important political messaging while also being beautifully macabre, macaw, mac-abray.

So let’s make The Death of Mr. Lazarescu a little less underrated and let it influence a whole new generation of filmmakers.

If you go to film school, you’re gonna be watching some Michael Haneke. Funny Games tends to get the most attention, but really he’s had a career filled with interesting and relatively diverse movies.

Code Unknown is very near the top of the pile for me.

Like Pigeon Sat on a Branch, it’s split into vignettes, but in this one, we follow clearly defined characters who are closely related to each other in differing ways.

Some are literally related, some pass each other on the street, some get into arguments.

It’s a movie very much about how we see other people and how that impression relies heavily on context. Maybe if we were around a few seconds earlier we would have understood a situation very differently.

We watch the characters understand and misunderstand each other while we, the audience, change our opinions of those characters often.

Best of all, we don’t get to see everything. We only get excerpts. It takes some real guts and skill to pass over moments that more conventional movies would make the focus.

Keep in mind that it’s tough– watching Code Unknown is like chomping into a hardened block of Army rations. It’s never pleasant but there’s nutrients in there somewhere.

And that’s it. Clickbait over.

Please tell me why these movies are good or bad or why I should have chosen completely different movies.

And sign up for the Criterion Channel. They didn’t sponsor me, I just don’t want the service to fold.