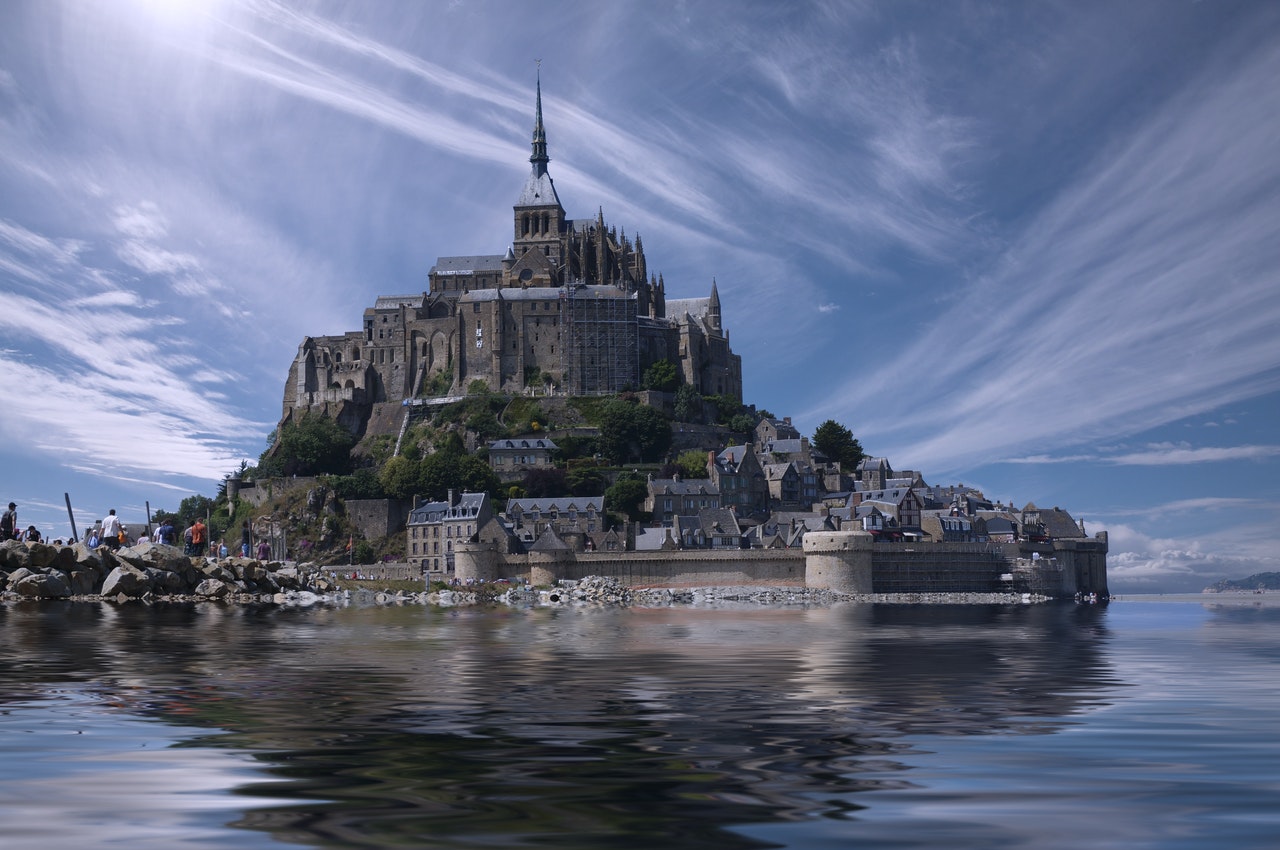 These are the best fantasy movies of the last 20 years. There’s maybe some room for debate here, maybe. But we’re pretty confident in these picks.

We also used this opportunity to slightly expand our definition of ‘fantasy.’ When you first hear the term, you might think of castles and dragons and knights and some version of Merlin, but that’s really just a more traditional form of fantasy.

We still have some castle-based fantasy movies here in this list, but we also have some sci-fantasy, fantasy-comedy, and even some fantasy flicks aimed more at kids.

Some are animated, most are live-action, but every one of them is a credit to the genre and, in many cases, they have actually pushed the bounds of fantasy to make it more inclusive and, well, more interesting than it’s ever been.

We’re coming right out of the gate with a real hot pick, and it’s a Star Wars, the very first Star Wars of the modern era.

This Abrams-directed sci-fantasy epic had to do so much work. It needed to establish a whole cast of likable new characters, bring in old characters in a respectful way, and also just tell a compelling story.

Somehow, it pulls it all of pretty well. The trilogy would end up tanking pretty hard, at least in our opinion, but way back in the sunny days of 2015, this was just an incredibly exciting movie.

There was so much potential here, and although it drew a certain amount of criticism for largely retreading the storyline of A New Hope, The Force Awakens is still wonderfully-paced and it just spits out all this wonderful lore and white-knuckle space action.

If you’re on Disney+, you can watch it right now.

The Chronicles of Narnia: The Lion, The Witch & The Wardrobe (2005)

Here’s another pick from the land of Disney, a property that most people have probably forgotten about by now unless they were deeply in love with the book series growing up, like we were.

Narnia diehards will know that The Lion, The Witch & The Wardrobe is a mouthful. But it’s also the second book in the Narnia series.

In our opinion, this was a great place to start. No, the new-age Narnia movies never finished out the series, but what we did get was pretty darn good.

This story is already a winner, and its vaguely Christian themes made it an easy pick for all kinds of families and family-friendly movie critics, but don’t let that scare you off.

This is a legitimate fantasy movie with all kinds of lore and a fascinating world to discover.

Let’s be honest: all of you guys knew that at least one Harry Potter was going to make it onto the list. And that makes perfect sense.

Not only were these movies some of the most wildly popular of the early part of the 21st century, they were also the perfect combination of traditional fantasy elements and real-world settings.

So why did we pick Goblet of Fire? Sure, Azkaban is a better movie, just objectively, and Order of the Phoenix was the perfect transition between kid fun and more serious antagonists.

But Goblet of Fire is just packed with so much fantasy, from the lovely Hogwarts Castle itself to the strange but somehow believable Tri-Wizard Tournament.

Harry gets chased around on a flying broomstick by an angry dragon. Exactly how much more fantasy would you like in a Harry Potter movie?

This installment also remains a favorite thanks to its casual tone. It kind of feels like a random string of episodes from a teen drama TV show about wizard/witch children. Lots of petty drama and studying and wearing fun outfits.

Coraline is a fantasy movie, buzz off. You’ve got a real-world character who’s transported to an alternate reality where nothing is quite as it seems.

It could also potentially be classified as dark fantasy since one or two scenes get just a little … dark?

Yes, it’s a kids’ movie, and yes, the original book version definitely has its own advantages, but there’s something so special about the film version of Coraline and Henry Selick’s brilliant directing.

So special in fact that we wrote a whole article about how Coraline conforms to the Hero’s Journey.

This might be another somewhat predictable pick for any discussion on contemporary fantasy movies, but Pan’s Labyrinth has earned its spot in every one of those discussions, this one included.

It’s simply one of the most stunning fantasy movies that has come out in the last 20 years, and, like Coraline, it follows a young girl as she explores, and tries to survive in, a strange unknown land filled with monsters.

Guillermo was still in the early part of his career when this came out, but it remains one of his absolute best, especially when we compare it to The Shape of Water, which is a bad movie that went on to win Best Picture anyway.

We’re not sure if we’re allowed to put three movies in one spot on the list, but we’re doin’ it and you can’t stop us.

Peter Jackson’s adaptations of some of the most famous and well-loved fantasy books of all time (yes, we know it was originally one long book, but that just makes a better case for putting all the movies in one slot) just so happen to be some of the finest fantasy that has ever been shown in theaters.

And while the trilogy is made up of three very long standalone movies, they all contribute to the same tone and manage to keep viewers invested even after hours and hours of watching our lead characters walk around a place we don’t know very well.

On top of the superb filmmaking, you’ve got some really wonderful ensemble performances here as well, especially from the likes of Elijah Wood and Sir Ian McKellen.

This is definitely one of our most adventurous picks for the list, so bear with us here for just a second.

Mood Indigo is a fantasy-romance movie from French filmmaker Michel Gondry, perhaps most well-known for his work on Eternal Sunshine of the Spotless Mind.

But as corny as the concept might sound, it’s an incredibly engaging piece, and the fantasy elements here are pretty great.

Stop-motion objects crawl around the room. Characters float around in an industrial cloud. And one character becomes ill after swallowing a snowflake that grows in her lungs.

It’s definitely not an upbeat comedy romp, but if you’re on the hunt for some truly strange fantasy that isn’t in English and isn’t Pan’s Labyrinth, here it is.

This thoroughly British movie is about King Arthur, kind of.

As you might be able to tell from a title, an average kid realizes that he’s meant for more, a lot more, in fact.

Another kids’ movie on our list, this is just a delightful flick, and it can be enjoyed by just about anyone so don’t you worry about that.

Feeling like something brand new and a throwback to kids’ movies of the 80s and 90s all at once, The Kid Who Would Be King is just a delightful little surprise that not too many people have seen.

Or enter a custom amount

Even if you can’t donate, thank you for being the best!
-The GL Staff

Your contribution is appreciated.

Your contribution is appreciated.