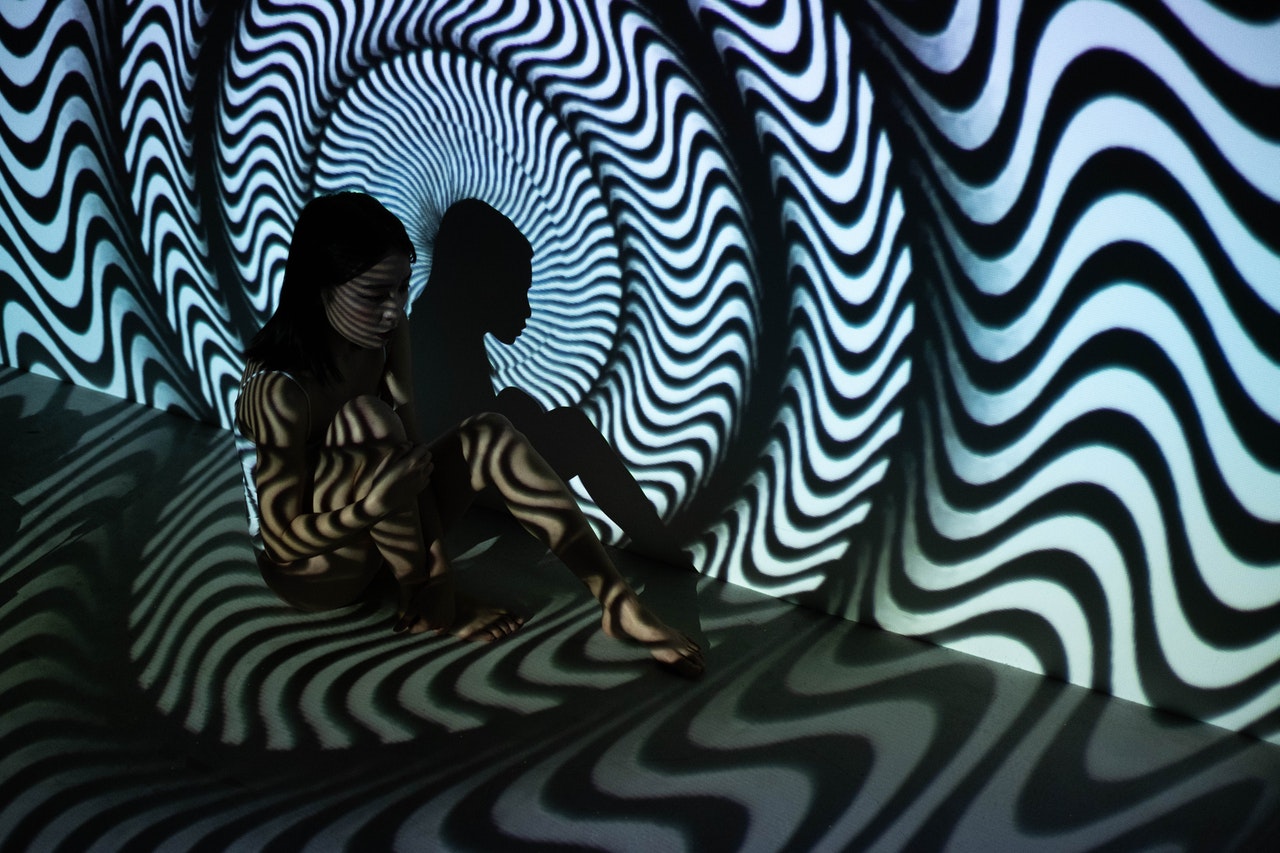 Note: At the time of publication, all of these movies are available through the basic Amazon Prime subscription, or free with ads. Just keep in mind that that might change as these media properties continue to get shuffled around like dropped playing cards.

It turns out there’s a pretty substantial online interest in what are typically referred to as “trippy” movies.

That’s not a very solid term. It’s highly interpretable, most often based on what each person has already seen.

For example, someone who’s never seen an animated movie before might look at Aladdin and say, wow, that’s super trippy. But for most of us, it’s just another classic Disney flick with a pretty standard storyline.

In other words, it’s hard to say what can really be called trippy, but we’ve gone through the archives and picked out some trippy movies on Amazon Prime that live up to the label quite well, and we’ll make an argument for each one as we go along.

If you bothered to read this intro section, thank you, and why not click this link to another random article on our site (in a new tab, of course).

Ok, before you go and try to take away our Good Taste in Movies membership card (all blue and gold with embossed lace edges), we’re not gonna call Moulin Rouge a good movie. It’s probably not.

Director Baz Luhrmann may have an excellent name, but he seems to have real trouble making movies that don’t give people panic attacks (just for legal reasons, that’s just a figure of speech).

The editing in his movies, in particular, can be extremely uncomfortable. Tons of quick cuts and dubbed audio and wacky camera angles all congeal into a big ol’ mess.

The stories are fairly standard: lots of melodrama and tragic romances. And for Moulin Rouge, music is a major ingredient, meaning music contemporary to the time of release, for the most part, remixed to be even louder and more intrusive and showy, including tracks that have been largely forgotten by the general public.

This one even gets called a musical, since characters do indeed sing songs, mostly covers, with some original lines mixed in for flavor, we guess.

But still, we respect Luhrmann for working within a bold style, rather than cranking out generic schlock.

Right around the same time as the Matrix franchise’s kickoff, there was a much better movie from another Australian director by the name of Peter Weir (Picnic at Hanging Rock) called The Truman Show.

Jim Carrey leads an unassuming life, not knowing that he’s actually the star of a very popular television show that’s been running since he was born.

The house and the town where he lives are part of an enormous set, and as you might have already guessed, Truman figures this out after a while and has some strong feelings about the whole situation.

This is one where the concept itself is far more trippy than its execution. If you start thinking hard about the idea and its implications, you can easily go to some dark places.

Vivarium is a horror movie about moving to the suburbs and starting a family. If that sounds just a bit trite and obvious, well, it is. Don’t expect too many lofty statements from this movie.

But. The visuals and the overall tone are worth checking out. The team did a great job of making these environments feel uncomfortable and oppressive without making them seem creepy on a surface level.

Everything looks just fine at a glance, but on closer inspection, things are not what they appear to be. Oooooooh, spooky.

Now we’re gettin’ into the arthouse stuff. Melancholia is one of director Lars von Trier’s most well-known movies, and it probably helps that the character speak English, unlike the leads of many of his early movies.

The premise is very simple, and don’t worry, none of this is actually a spoiler. A big planet called Melancholia is going to crash into Earth and destroy all life. Meanwhile, a lady is celebrating her recent wedding, but she doesn’t seem all that happy about it.

Most of the movie gives us realistic visuals, but at the very start and at the very end, we get some of the most creative and compelling visuals of contemporary filmmaking, at least that’s our take on it.

You’re not gonna see visuals like this elsewhere, not unless you really dig into some contemporary arthouse material.

Frank is a lovely little indie movie from a period when even the hipsters were starting to get tired of “indie movies” as they knew them, a style that largely got kicked off with Little Miss Sunshine.

But Frank is a special case, and despite its weirdo premise, it provides an interesting look at the prevailing idea of the tortured artist, which passively implies that you’ve got to have some kind of crazy, tragic backstory to be a great artist.

The movie feels slow and clumsy in parts, and you’ll just have to get used to one character wearing a big old plaster head over his head. And if you’re not all that into experimental music or acid rock, then you might not like the musical interludes very much.

Still, Frank gives audiences something special, an experience that mainstream Hollywood hasn’t bothered tapping into, at least so far.

The concept is simple enough: some guy finds a little doorway that takes you down a slide and into the brain of actor John Malkovich, where you get to hang out for a few minutes as if you were him, and then you’re spit out on the side of a highway.

This is another one where the idea itself is so weird that it doesn’t need much else, but don’t worry, it gets stranger and stranger as the movie limps along to an unforgettable ending.