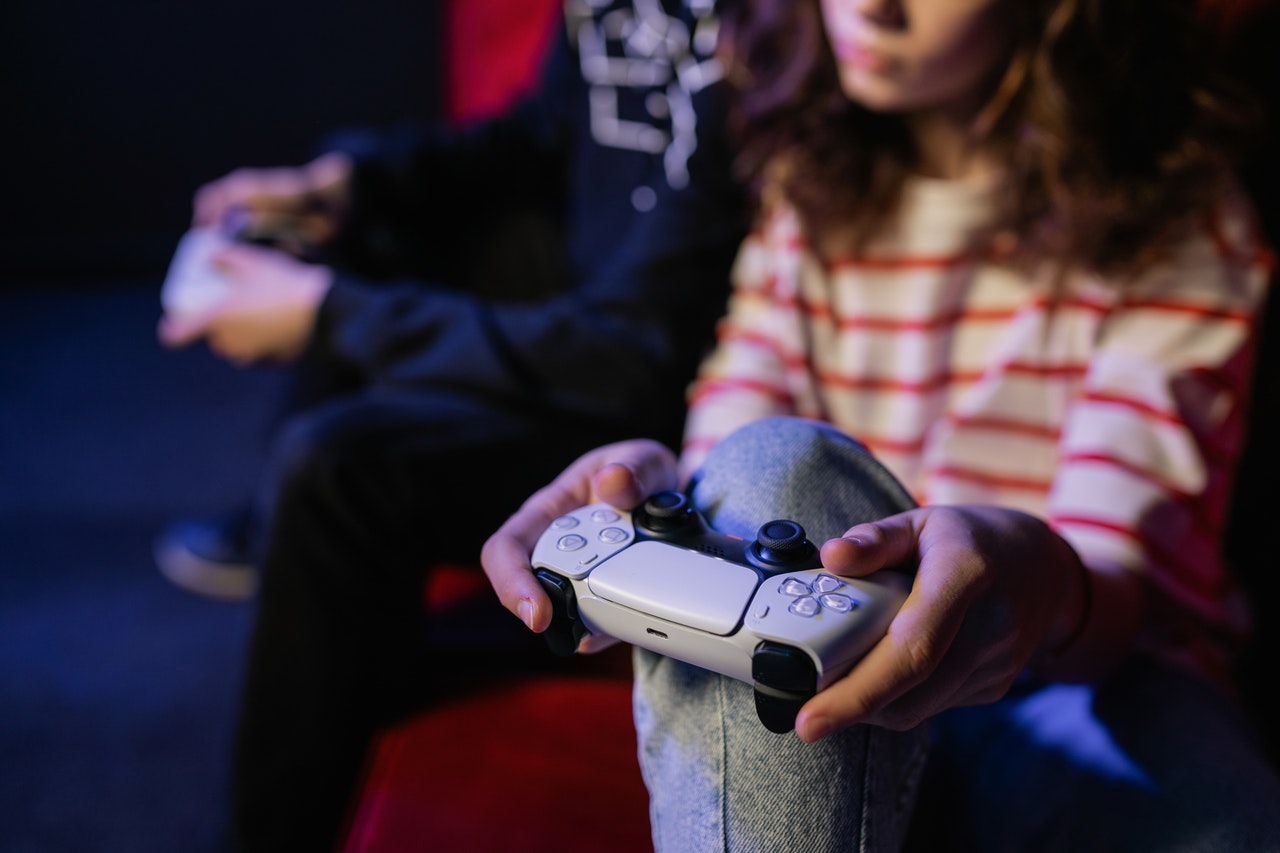 This is a question we’ve seen online quite a lot: are adults who play video games immature? In our opinion, people asking this question often fall into one of two categories.

Either they’re genuinely curious about the relationship between adults and video games, or they have some pretty common misconceptions about video games and the people who play them.

Maybe this is a bit of a spoiler, but we don’t think that adults who play video games are immature. Well, to be more exact, not every adult who plays video games is immature.

Maturity exists outside of a person’s hobby preferences. It’s not directly related to how they spend their free time.

Are there some adult gamers out there who also happen to be immature? Yes, there are, but there’s no real association between the two qualities. It’s kind of like asking whether adults who play video games all have red hair. No, they don’t. Some do, but who cares?

We’re going to dive into this topic head-on and make our case for why gaming as an adult is more than OK in polite society.

Yes, there are still tons of gamers under the age of 18, but the number of active gamers above 18 are massive, and it seems very likely that those numbers will continue to grow.

Why is that? Well, we can’t provide any definitive reasons, unless someone feels like funding a year-long research project, but we do have some guesses.

For one, the definition of gamer has expanded by a wide margin, and that’s because games are available in more places than ever before.

Video games started out in arcades, then moved to home consoles that relatively few people purchased, relative to the total population that is, and eventually games even started appearing on phones.

When we consider the mobile gaming market alone, we’re talking about hundreds of millions of people with games on their phones, and they belong to many different age groups.

Video games are also more accessible than they have been in the past, with special software features and accessories that help people with various disabilities enjoy games that they might not have been able to play in the past.

In general, someone doesn’t even need a console or a high-end PC to get into gaming. Indie games and mobile games can run on budget computers and phones, respectively, further lowering the barrier of entry.

Another reason we think people older than 18 are feeling more comfortable becoming gamers and being seen as gamers is a major shift in how gamers are perceived by non-gamers, which brings us to our next section.

That initial question of whether adults who play video games are immature belongs to a perspective that is really starting to become outmoded.

So from this outmoded perspective, of course an adult who still plays video games would be seen as immature. Why don’t these people move on with their lives and spend their free time doing more adult things like, I don’t know, playing golf and sipping wine at underwhelming dinner parties?

But in reality, it’s very easy to understand why so many adults play video games: video games offer so much variety and value, which is something we’ll be talking about more in a bit.

But for the moment, the important thing to understand is that, as gamer demographics shift, so too will the perception of gamers start to change. Video games aren’t just something for shut-ins who haven’t seen the light of day for many moons. In fact, there are probably lots of people out there who don’t consider themselves to be gamers who actually are gamers. All it takes to be a gamer is playing video games of any kind.

Ok, so if we’re trying to understand the argument for adult gamers being immature, one of the only concessions we can make is a scenario where an adult gamer spends 23 hours a day playing games made for very small children.

Sure, in that case, you could probably argue that the person in question is a bit immature, although even then, it would probably be worth it to just ask them why they enjoy those games to begin with.

But this scenario does not describe the majority of gamers. It just doesn’t.

If you take a look at some of the most popular video games of the past ten, twenty years, you’d be hard-pressed to find any titles that could be considered immature.

In fact, a number of popular games have delved into incredibly heavy subject matter and concepts that are really not for children.

Games can be engaging on so many levels, and each game offers potential for mastery, making repeated plays closer to a sport than a board game.

The modern video game industry is absolutely enormous, and there’s a ton of variety across all genres and video game platforms, making it even harder to generalize about video games or the people who play them.

Well, if it wasn’t already obvious, no, we don’t think that adults who play video games are immature. Definitely not across the board.

You can be a gamer at absolutely any age, and there are more reasons than ever before to become a gamer for the very first time.

The stigma of being a gamer is melting away, and anyone trying to bring that stigma back is looking pretty outdated themselves.