On one extreme end of the spectrum, we have the subgenre of body horror films: any Cronenberg movie ever made, Society, and anything else where the focus is horrible things happening to helpless characters.

Then on the other end, we have psychological horror movies.

And sure, psych horror films can still make use of body horror or the threat of physical harm, but they’re at their best when placing the focus of the story on the mind games at play.

‘Cuz here’s the thing: it’s relatively easy to feel detached from physical harm in a movie. You’re just watching a movie and the monster can’t come get you.

But psychological horror has the distinct ability to affect audience members as heavily as it affects the characters in the movie. 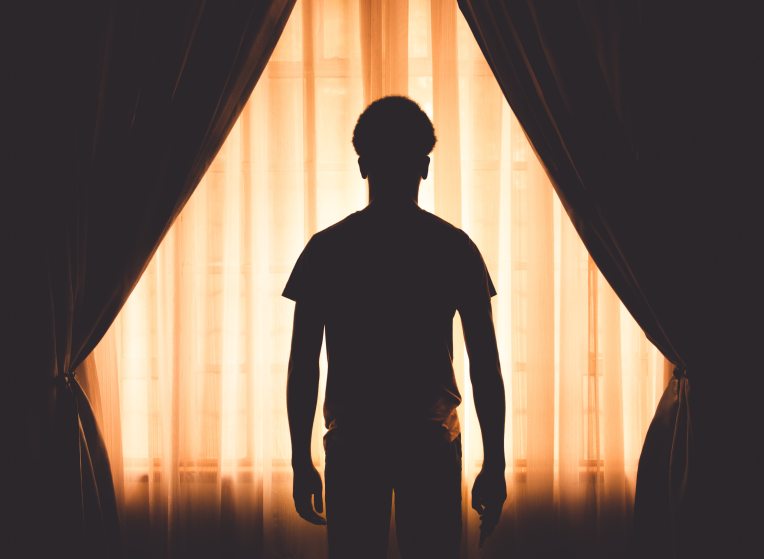 We put ourselves in their positional, share their mental state to a large extent, especially if the movie is well made.

And that fear can stay with us long after the movie is over.

So why do so many of us enjoy subjecting ourselves to these capsules of painful thoughts and terrifying images?

Well, for one thing, it’s fun, sort of. Or rather, it’s fun to feel afraid and then recover, returning to stasis.

But it’s also a chance to play around with challenging situations, to test ourselves to see how we would respond to extreme situations.

It’s almost the psychological equivalent of putting yourself through a rigorous physical training program, one with very few practical benefits.

Alright, that’s enough preamble. Let’s get to the good stuff. Here are the best psychological horror movies of the past 50 years or so.

You might want to skip the popcorn for these. Grab some Dramamine instead.

It’s sort of a miracle that this movie got made. Any movie that teases zombies in a post-apocalyptic environment comes with a whole bunch of preconceived notions.

As audience members, it’s difficult to step away from our expectations for a movie that includes these elements. We’ve seen lots of zombie movies, and we know what kind of zombie movies we like.

And if you prefer lots of one-on-one interactions with zombies, then this isn’t the one for you.

In fact, it’s almost inaccurate to call this a zombie at all. It’s a helluva lot smarter than that.

And I’d like to say thanks to the good people at A24 for having the juice to get this one made. The crew deserves lots of awards, awards they did not receive. We should make our own awards to send to the people who made this movie.

A family defends their house in the wilderness, avoiding infection and other vague dangers. They take in some other people out of the goodness of their hearts.

From there, it becomes a sort of classic intelligent sci-fi set-up. Have you ever seen that episode of The Twilight Zone, “The Monsters Are Due on Maple Street”?

It’s one of those great episodes where there are in fact real otherworldly monsters but we never get to see them.

They just cut the power and let human beings do their own paranoid thing.

This movie takes that formula and plays it out with fantastic nuance and wonderful performances.

I think it’s pretty safe to say that this has become a modern classic, at least among folks who dig weirdo movies that somehow found a wide audience.

It’s also maybe peak-Bale. I definitely rank it higher than any of the Batman performances.

We follow a corporate shill who does his absolute best to fit in. In his spare time, he kills some people.

Sure, it’s a heavy-handed metaphor for business and corporate competition, but the movie also does a great job of refusing to hold your hand.

It takes off for some very strange spaces and never really gives you a proper warning. The third act may in fact make you feel like you’ve lost your mind, and that’s definitely on purpose.

I’ll take that over crazy-murderer-in-the-woods-does-things movies any day.

I’m happy to see that contemporary movies are starting to get some pretty fantastic Western exposure, especially in the form of movies like Okja and Snowpiercer.

These flicks serve as gateway movies to the bountiful genre of Korean revenge horror pictures.

The Wailing, from director Hong-jin Na, could be called a revenge movie, I suppose, but it fits much better in the realm of psychological horror.

Most of the movie keeps audiences guessing as to whether there really is a scary monster or if the whole thing is some kind of awful serial killer story.

The movie mixes spirituality with superstition beautifully. It’s incredibly difficult to guess where the story will go next.

And it’s even harder to decide which characters to trust.

And of course, in addition to the psychological aspects, there’s plenty of signature ultra-violence in the movie to please more traditional horror fans.

Have you already checked out some Lars von Trier stuff? If not, then it’s time for us to have a chat.

von Trier is one of the most talented filmmakers working today, and if you have movie geek friends, his name will come up at some point, most likely sooner rather than later.

But he can also be an incredibly frustrating filmmaker. He seems to enjoy subjecting audiences to some profoundly disturbing images.

And once the gears have started moving in a von Trier movie, they’re not going to let up. Sorry.

Antichrist is about a man and a woman, and their relationship. I could give more details, but I’d really rather not.

There’s a truly primal fear behind this movie, and the visuals complement it wonderfully. Nature itself even becomes a character.

Nothing this interesting and truly horrifying is happening in American horror movies, which is why we need to keep watching this movie, quietly scribbling notes, asking ourselves again and again why it works so well.

If you’ve already seen the movie, then you know exactly why it makes the list. The violence is almost secondary to the character of Norman Bates.

It’s a movie that makes you feel unsafe, even while watching. There are simply no guarantees. It’s not a sure thing that any one of these characters will survive.

Then, of course, you’ve got the many, many layers of visual perfection going on here, thanks to the hard work of one of the greatest directors of recent history.

It’s held up this long and it will continue to hold up, possibly for many decades to come, if we’re still watching movies then and not just flying our hover-cars to the closest food-pipe complex.

And it will continue to be a beacon for the power of intelligent horror and the importance of masterful technical execution.

This movie still isn’t all that well-known, but it’s starting to gain some afterlife traction, mostly thanks to the recommendations of some high-profile movie snobs.

And when you see the release year and that Donald Sutherland was involved, you might expect a highly polished classic film, but that’s really not how it plays out.

Yes, it’s masterfully done, and the editing, in particular, is pretty mind-blowing. But the result of this mastery is a feeling of organic shape and story.

The whole thing feels real in a very strange way. Famously, even the sex scene looks so realistic that Julie Christie’s real-life boyfriend of the time tried to stop the movie from being released in the US.

The story has twists and turns and the kinds of terrifying visuals that can stay on the screen for minutes at a time and never lose their power.

Mike Schuck is a Los Angeles-based writer, animator, and musician. He watches too many movies and then writes about them for this very website.