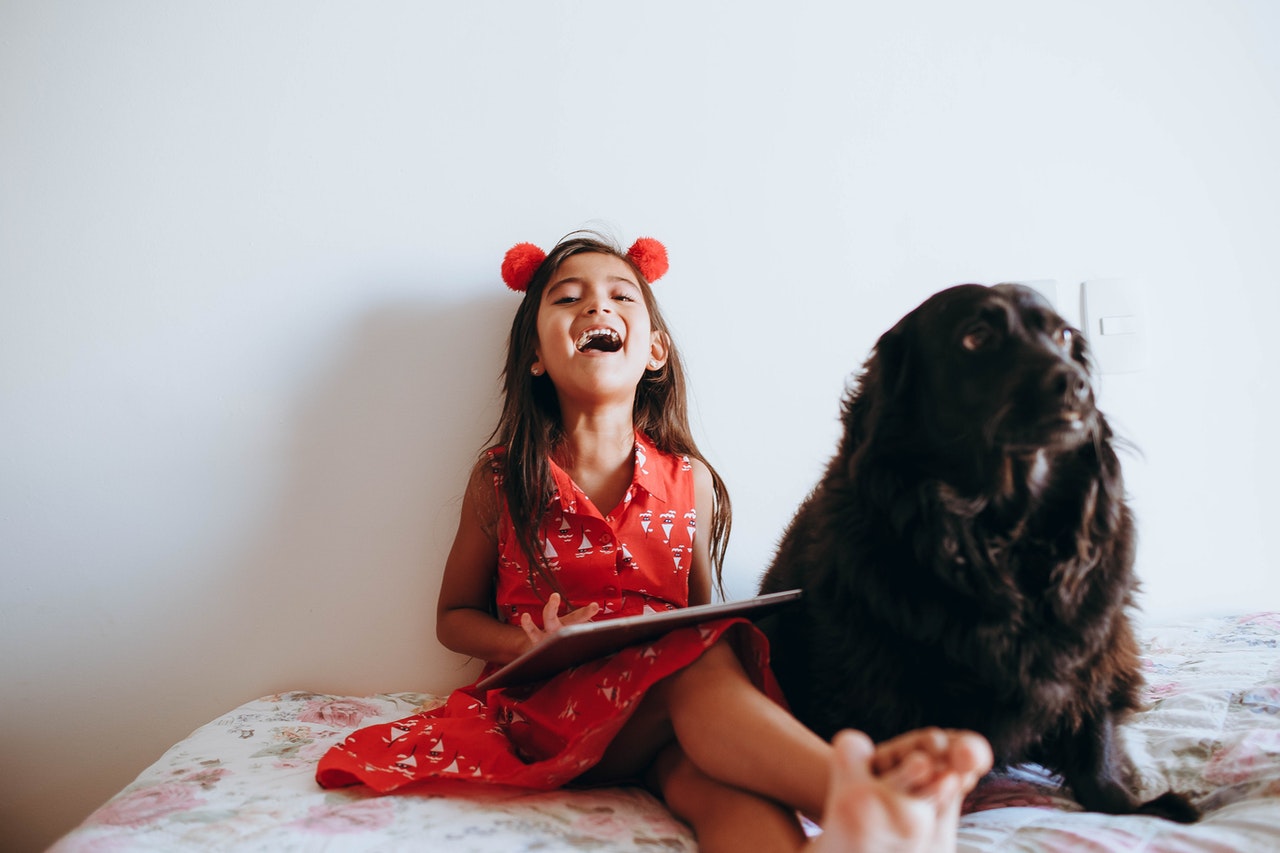 As a parent, it’s not easy to tell which video games are appropriate for young children, especially if you’re not already deeply familiar with video games yourself.

And even if you are, the market of video games for kids under 10 is a fairly isolated one.

Sadly, there are developers out there who think that making video games for children means that the quality of those games can be lower.

Even on the Switch, Nintendo’s current hybrid video game console, it’s difficult to narrow your search to find games that are both appropriate and enjoyable for your five-year-old.

But we here at GL spend a huge amount of time playing games on Switch and looking around on the eShop, and we wanted to put together a short list of easy Nintendo Games for 5 Year Olds.

For young children, game overs and long, drawn out gameplay sequences can be frustrating, especially when they don’t excel at the game’s mechanics right away.

That’s why we’ve focused on a number of different games that tend to focus instead on short, concentrated gameplay that can be easily picked up and put down again.

This segmented gameplay can also help prevent kids from getting so caught up in the game that they don’t want to stop, even if they’ve surpassed their screen time limit for the day.

In many of these games, the set difficulty is set low by default or can be lowered if need be.

With all that out of the way, let’s get to the games!

A sequel to the original Pokémon Snap on the Nintendo 64, New Pokémon Snap (a very clever title indeed) is a photography game.

Even more importantly for anyone shopping around for easy games for a 5 year old, New Pokémon Snap is made up of a series of linear, on-rails levels.

If you’re not familiar with video game jargon, on-rails means that the player character is moved forward automatically by the game itself, while the actual player is responsible for specific maneuvers and secondary actions.

In the case of this game, the player is tasked with turning and photographing various Pokémon in each stage.

In our personal experience, we’ve found that one of the most frustrating aspects of video games for young children is character movement in 3D space, especially when the player is also required to control the camera with the right analog stick.

The one caveat with this game is that “beating” the game does require some more complex actions.

But in terms of playability, there’s no limit to the number of times kids can play through each stage once they’ve unlocked them.

Also, kids will just love seeing all the different Pokémon, even if they’ve never heard of the series before.

Next up we have one of two Mario 2D platforming games that made our list.

This one is called Super Mario Maker 2, and the premise of the game is that players can create their very own Mario levels and play levels created by others.

On the creation side, there’s a good chance that young children will get extremely excited about making their own video game levels.

The creation feature can even be used in the Switch’s handheld mode, making it a great option for family car trips, bus rides, waiting rooms, etc.

On the gameplay side, Super Mario Maker 2 offers an insane number of levels to choose from, some of them in the game’s built-in story mode and many more through the game’s online functionality.

Not every level shared online will be easy enough for a 5-year-old to complete, but fear not!

The online level browsing feature lets you search via various filters, and one of those filters is difficulty.

Based on how easily other players have been able to complete each level, that level will get a certain difficulty rating.

In fact, there are even level types called ‘automatic,’ which don’t even require the player to move at all. They simply operate as virtual mechanisms that shepherd Mario through complex environments.

This is just a great game for young players, and coming from Nintendo, it’s squeaky clean as well.

Our second 2D Mario platformer in the list, New Super Mario Bros. Deluxe is a port of a game for the Wii U.

But for our purposes here, that’s not important. What is important is that this game was designed with young kids in mind.

The game itself, even at the intended difficulty, is fairly easy, most of the time, anyway.

But for young players or anyone else who’s not especially good at platforming games, New Super Mario Bros. U Deluxe also offers an easier difficulty via character selection.

The character Nabbit can’t be harmed by enemies at all, making the game much easier.

Also, Toadette receives a special item that lowers the game’s difficulty in other ways.

If you think your child would enjoy some Mario platforming but you don’t want to worry about online functions, then this is definitely the game to go with.

Also, since the game has been out for a few years at this point, there’s a good chance you’ll be able to find a copy for substantially lower than retail price.

Mario Kart is one of the most popular racing game franchises in the world, and Mario Kart 8, originally released on the Wii U, was an excellent entry in the series.

The Deluxe version, found on Switch, offers many new tracks, carts, and game modes that weren’t included in the base game.

As for how this game works for younger players who want an easy experience, Mario Kart 8 Deluxe offers what it calls Smart Steering and Smart Acceleration.

These options can be found in the pause menu, making them very easy to switch on and off.

Smart Steering essentially makes it impossible for the player to fall off the edge of the map, and it sometimes takes control of the kart to navigate difficult turns.

Smart Acceleration makes the kart accelerate without requiring the player to hold down the A button.

For 5-year-old players, these features turn what might have been a frustrating gaming experience into a fun and easy time.

As your young player grows and develops, they also have the option to turn these features off and play with the usual rules.

And in case you’re curious, Mario Kart 8 Deluxe does have online play, but it’s impossible for other players to post inappropriate comments, since the game only allows players to use one of a preselected batch of phrases.

Casual online play also allows for the use of Smart Steering.

Paw Patrol on a Roll

If your child is already a fan of the Paw Patrol series, then it’s hard to go wrong with Paw Patrol On A Roll for Switch.

Using characters from the franchise, this is a puzzle platformer in 3D space with 16 different adventures. Designed for children, Paw Patrol On A Roll is relatively inexpensive as well, with a retail price of about $20 US.

That said, the game doesn’t have quite as much polish as the AAA (high-budget) titles on this list.

Also, if your child gets easily frustrated when working out puzzles, this might not be the game for them.

Still, it’s a great chance to take control of some of their favorite characters from the Paw Patrol series.

Has your child been asking to get a puppy or kitten lately? Well, Little Friends – Dogs & Cats gives a taste of what pet ownership is like, but for far less money.

The premise is that the player can “take care of” a number of different virtual pets, who each have their own set of needs and preferences.

As the title suggests, you can “own” both dogs and cats, choosing from a variety of different breeds.

And you don’t have to take our word for it that this title is safe for younger kids, either: the game was rated PEGI 3 in the UK, meaning it’s suitable for children 3 and up.

Visually, it’s not a terribly impressive game, and the gameplay loop won’t remain interesting forever, but it’s definitely an easy Nintendo game that 5-year-olds and other children around that age will love to get their hands on.

Carnival Games, which these days can generally be purchased for roughly half of its retail price, is a fairly basic game.

It also has the presentation of a generic mobile game, but the biggest advantage here is that it offers silly minigame fun for players of all ages without berating them with ads and microtransactions.

Players win tickets by playing various minigames, which they can spend on outfits for their characters.

Carnival games also offers multiplayer if you’d like to play along as well.

Clubhouse Games is actually a first-party Nintendo property, and it’s clear that a lot of effort went into making this game, or rather, this game collection, really shine.

The premise is incredibly simple, of course: you have 51 different games to choose from, ranging from standard card and board games to more arcade-y games like Toy Baseball, Shooting Gallery, Toy Curling, and Slot Cars.

Clubhouse Games: 51 Worldwide Classics is an excellent game to have on-hand during vacations and other time spent away from home.

It’s wholesome fun for everyone, and there’s not much more to say about it than that.